Deficiency Judgments and Other Foreclosure Actions 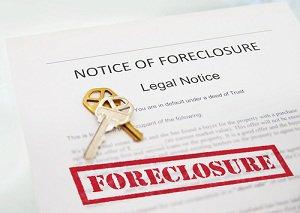 Millions of Americans have lost their homes to foreclosure since the 2008 subprime mortgage crisis. And for thousands of former homeowners–including in Illinois–the foreclosure nightmare is ongoing.

Now, years later, some lenders are pursuing deficiency judgments to recoup borrowers’ old debts. Specifically, the “deficiency” is the difference between how much the property sold for at auction and the amount that was still due on the loan. Lenders can freeze the borrower’s bank account, garnish his wages and seize his assets in order to recover that difference, or at least a portion of it.

There are numerous foreclosure defenses available under Illinois and federal law, which can also be invoked when a lender seeks a deficiency judgment. For example:

If you are a victim of the 2008 housing crisis and lost your home to foreclosure, you could face a deficiency judgment in Illinois court. If your lender initiates a foreclosure action against you, contact one of our Sugar Grove real estate attorneys at Law Office of James F. White, P.C. today. We have experience defending against unfair foreclosure actions, including deficiency judgments. Contact us today for a consultation.